The relic comes from Draenor, the homeworld of the Orc in the universe of Warcraft, but now you can use its power to charge your mobile devices. Cool? Let’s keep going for the Doomhammer power bank. 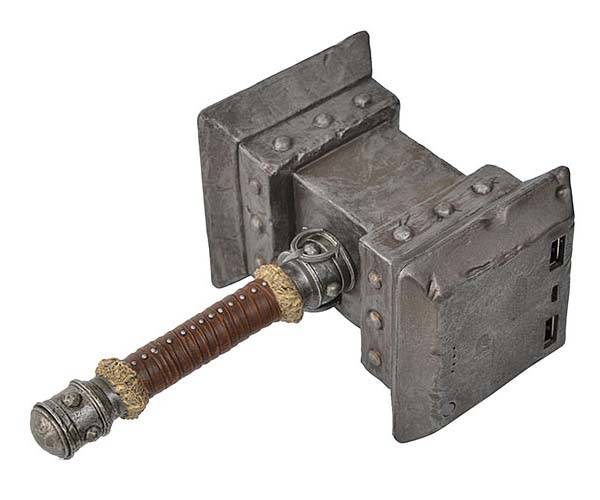 This is an officially licensed and pretty cool portable charger themed by Warcraft. As we can see from the images, the power bank is shaped as Doomhammer, a legendary weapon that belongs to Thrall, one of the most powerful shaman in Azeroth, and it shows off highly exquisite detailing and meticulous battle-scarred exterior which make it look like living through countless battles with its owner, but the Doomhammer measures only 7″ high by 4.6″ wide by 3″ deep, which lets you easily store the relic in your bag.

The Doomhammer power bank comes equipped with 13.400mAh rechargeable battery. There are two USB ports on the bottom of the mini hammer in order to charge two mobile devices at the same time such as iPhone, iPad and more, and integrated LED indicator shows you the battery level. In addition, its on/off button preserves its battery life when not in use. 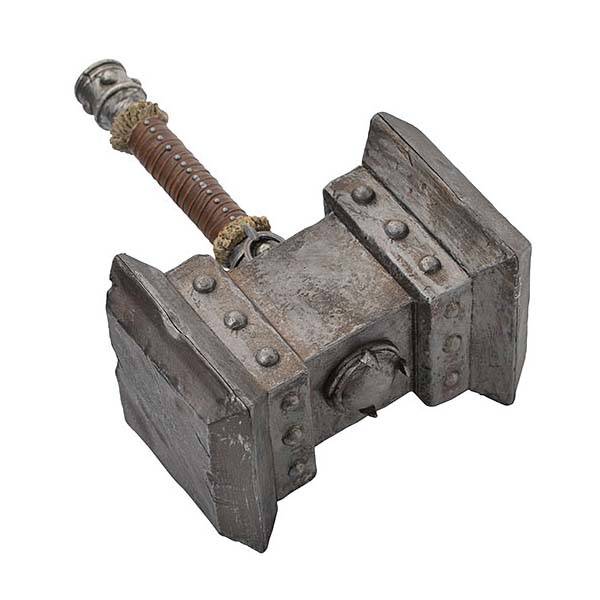