No doubt, this is the most powerful docking station that we have ever seen. In addition to iPad, iPADock by PhotoFast also supports iPhone and iPod. 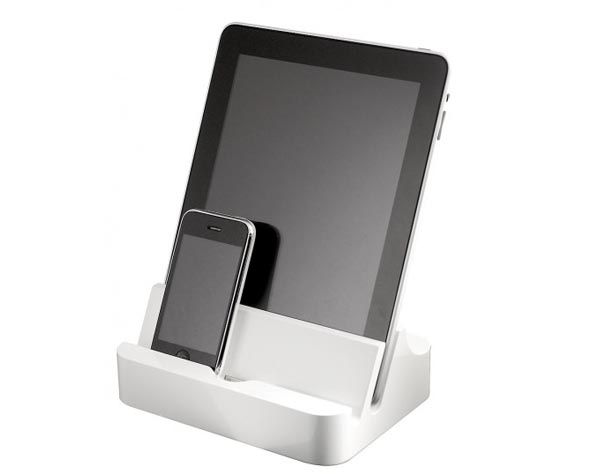 The gadget looks a bit similar to the HDD docking station, but used for Apple devices. iPADock is not only integrated two docking slots for charging two iPad tablets, four iPhones, or one iPad plus two iPhones or iPod at one time, the docking station also comes with two rear-mounted slots for Apple’s Camera Connection Kit. Apart from that, iPADock also has three USB 2.0 ports, various card reader slots for SD, SDHC, SDXC, CF, Sony’s MemoryStick, and more. 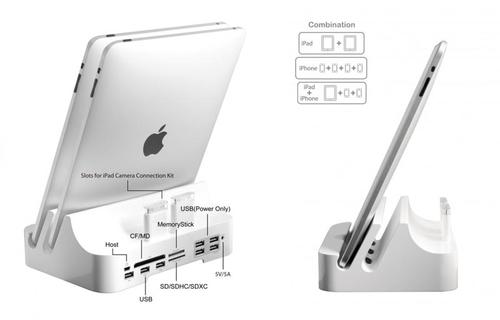 iPADock docking station will be released next month in Japan. The price is about $70 USD. If you like the powerful docking station, don’t forget to mention GeekStuff4U or Rinkya. It’s your way to get the Japanese gadget. 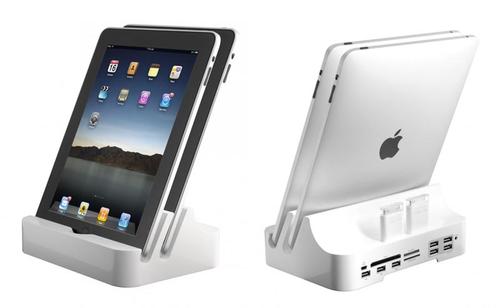