It’s incredible, the jet powered Volkswagen Beetle is a street-legal car. So if you also want one jet car, maybe you could contact its creator Ron Patrick. 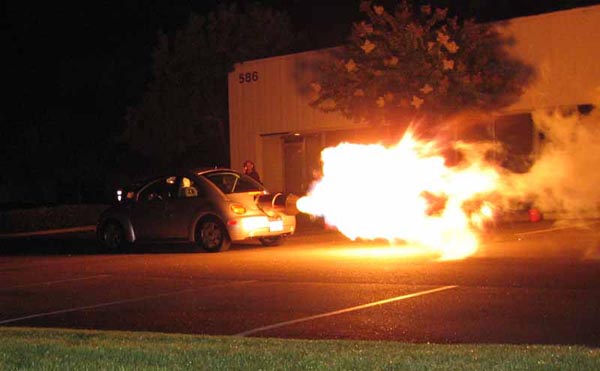 Just as we see, this is not a giant cannon mounted on the back of the Volkswagen Beetle. To make the car become a street monster, Ron added a General Electric Model T58-8F helicopter engine on the car’s rear end, which features 26,000 RPM (idle is 13,000 RPM), 11,000 CFM and 1350hp, and weights 300 lbm. But due to heat, the engine have to limit startups to three in one hours. Each use lasts 20 seconds. 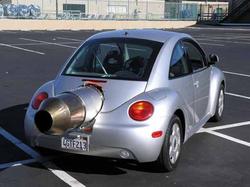 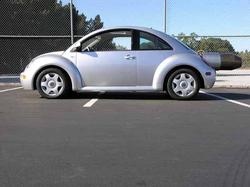 In addition to the jet car, Ron also modified his wife’s Honda Metropolitan scooter and added two JFS 100 jet engines as the scooter’s auxiliary power unit. From the image, apparently the work didn’t finish, but the jet scooter looks really cool just like a jet craft. 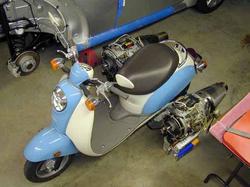 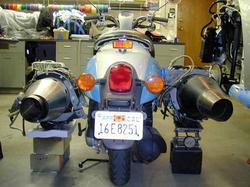 Well, if you need more professional details, please jump to Ron Patrick’s jet site. By the way, if you like these cool vehicles, don’t forget to check the Batman’s Batpod motorcycle and Tron Legacy and Nash Metropolitan without wheels.