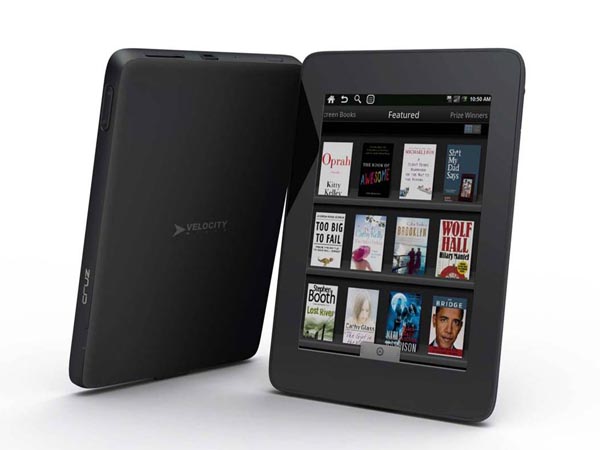 Cruz reader is priced at $199.99 USD. The ereader-styled tablet comes with a full color 7-inch touch screen with 800 x 600 resolution, 256MB RAM, built-in 256MB storage, including a 2GB SD card. Apart from that, the Android tablet integrates 802.11b/g wifi and browser. After fully charged, the replaceable battery can offer up to 10 hours of use or up to 24 hours of standby time. The supporting media files include MP3, WAV, AAC, MPEG-4, H.263, H.264, ePub, PDF, TXT, HTML. through the Border E-book application, the users can access to over 2 million ebooks. 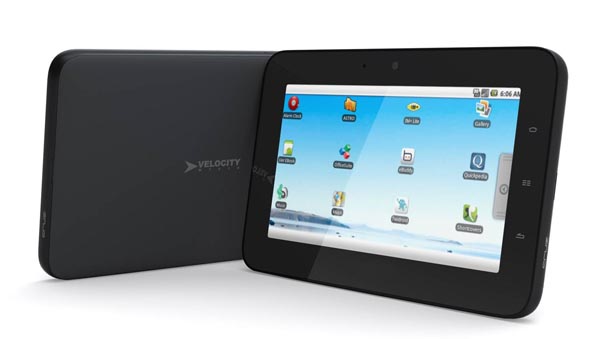 Two tablets running on Google Android OS will be available from Velocity Micro or their retailers on September this year. After the break, check out the introducing video.