Do you remember Tokyoflash’s Kisai On Air wrist watch? Now based on the same design, Tokyoflash has released a new Kisai On Air Acetate LED watch. If you’re curious, let’s go on checking. 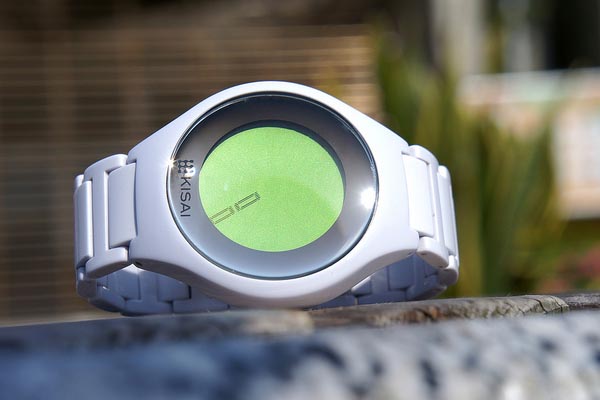 Kisai On Air Acetate is a well-designed, fashionable LED watch. As we can see from the images, the wrist watch features the same design with the former Kisai On Air, and as its name implies, the LED watch also features a different material: Acetate, a strong, light material used in the production of high-end sunglasses and other fashion accessories. Moreover, the wrist watch comes with a stainless steel case back and an always-on LCD display with LED backlight and touch screen technology. The digital numbers on the screen are the hour hand to point the current time, while the digits show you the accurate minutes. After the break, check out the following demo video.

Tokyoflash Kisai On Air Acetate limited edition LED watch is available in two colors including white and blue, each one is priced at $139 USD. If you’re interested, jump to Tokyoflash official site for more details.