It’s not a wand, but using the advantage of air flow, it’s capable of magically prevent you from the rain. This sounds pretty cool? Let’s go on checking the invisible air umbrella. 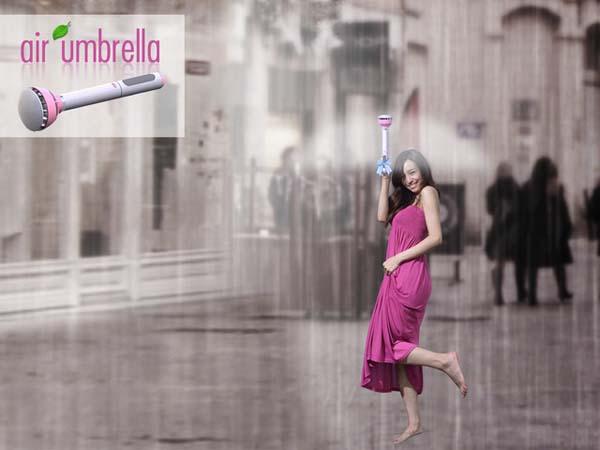 This is a novel and functional invisible umbrella that has removed almost all parts on a traditional umbrella. As we can see from the images, the unique umbrella looks like a magic wand from fairy tales, and there is a built-in motor in the top part of the umbrella, when it’s be activated, using the air intake and outlet on the top, the umbrella is able to continually form an airflow that works as an invisible cover to prevent you from the rain. The invisible umbrella comes in three models based on the length, weight and battery capacity. The model a measures about 30cm in length, its battery life is about 15 minutes. 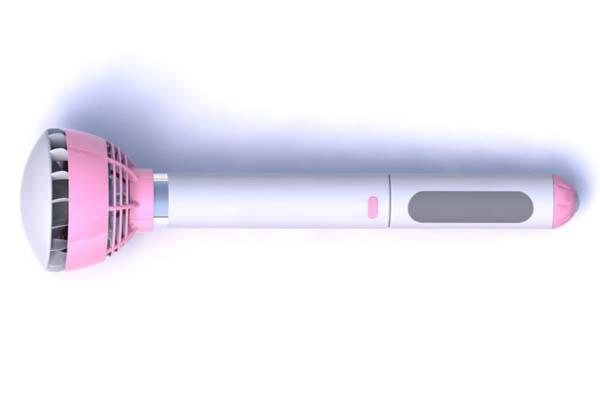 The team of the air umbrella is raising fund via Kickstarter. Pledging $118 will let you own an air umbrella-a. If you’re interested, jump to Kickstarter official site for more details or check out the following demo video first.