Don’t worry, it’s not an unknown weapon but an eye-catching 2-string Piezoelectric violin with a futuristic design, and the unique violin is 3D printed. Curious? Let’s go on viewing. 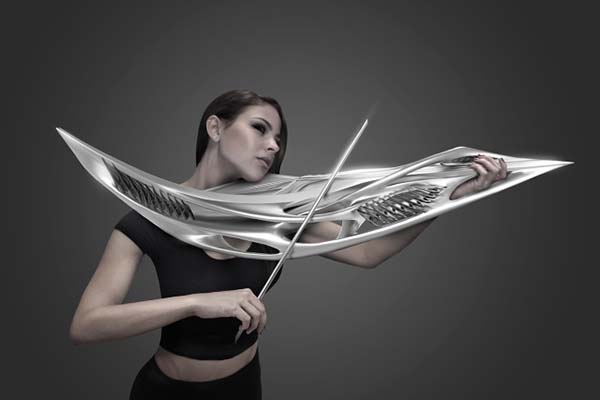 Eric Goldemberg and Veronica Zalcberg, two architects from Miami based MONAD Studio collaborated with musician Scott F Hall to finish the awesome 2-string piezoelectric violin that emits the splendor of futuristic aesthetics and technologies. In addition to the violin, the three artists also created four different music instruments including monobarasitar, cello, small didgeridoo and hornucopia. Most importantly, the violin and other four music instruments were 3D printed, so the artists will unveil them at 3D Print Design Show in New York from April 16 to April 17. BTW, you may like to find a suitable 3D printer to create your own instrument. 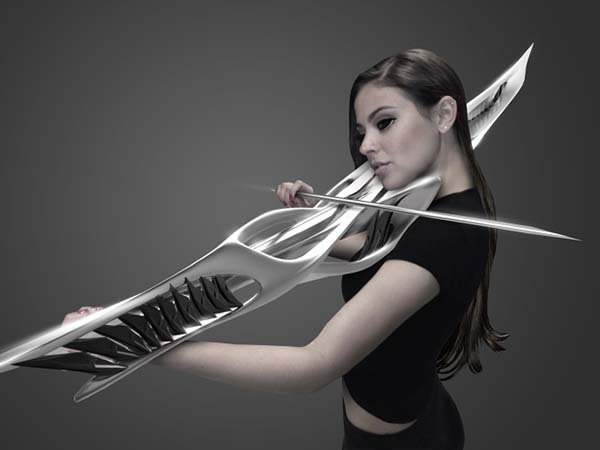