It seems a new ronin is about to join the army of the Shogun Darth Vader. For the purpose, Boba Fett has been in a traditional Japanese armor. Sounds cool? Let’s go on for the Samurai Ronin style Boba Fett action figure.

The Boba Fett action figure is inspired by Japanese traditional culture, and designed by Takeyuki Takeya, a famous Japanese sculptor. Same as samurai Darth Vader and stormtrooper, Boba Fett has also be reimagined as a samurai ronin from Japanese Sengoku period.

The Boba Fett is depicted as a lordless samurai aka ronin so he shows off his samurai styled armor suit detailedly sculptured by the Japanese artist, and iconic color scheme and helmet can’t cover the real identity of the infamous ronin. 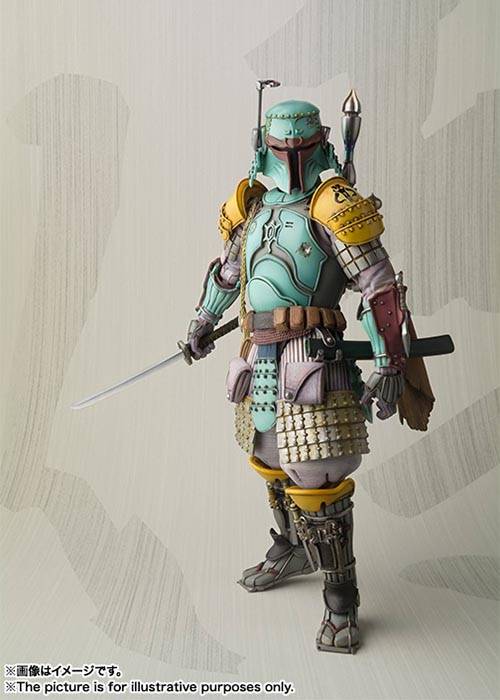 The Samurai Boba Fett is still equipped with his symbolic rocket backpack that undoubtedly makes him invincible in any ancient battle. In addition to a short ninja-style katana, the ronin also has a powerful shogun and multiple blade accessories that perfectly serve for his assassination missions. 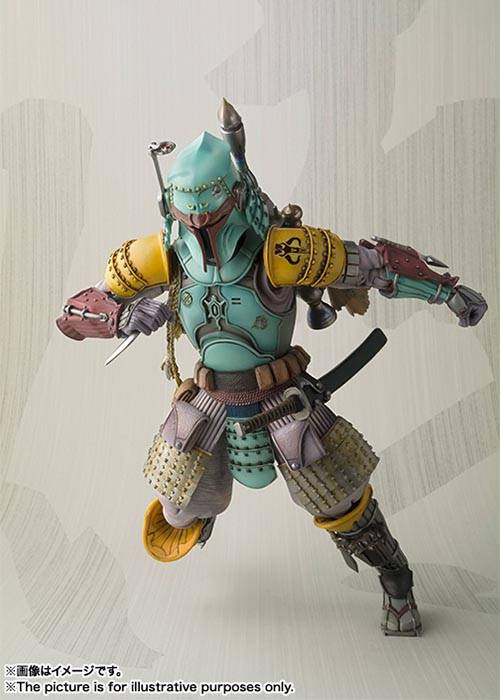 Apart from that, the action figure features multiple points of articulation plus removable accessories in order that you can design various postures for him and make him interact with your Samurai stormtrooper. The samurai Boba Fett stands 170mm tall and is made from ABS and PVC. 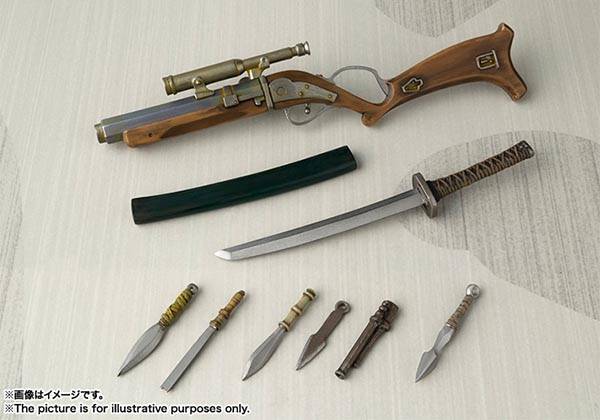 The Star Wars samurai ronin styled Boba Fett action figure has been available for preorder for $89.99 USD on Entertainment Earth or Amazon. It will be shipped in January next year.