How to utilize your force power in real world? If you like barbecue, the following Star Wars lightsaber BBQ tongs will allow you to make the best use of your force power. 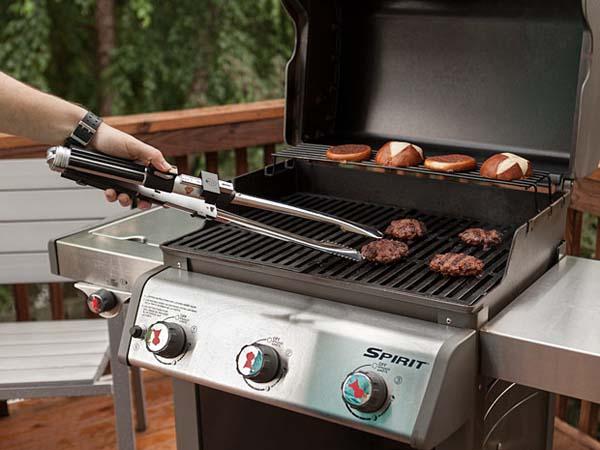 This is a pair of pretty cool, officially licensed barbecue tongs themed by Star Wars. The BBQ tongs measure 22-1/2 inch long by 1-1/2 inches diameter, and as shown in the images, it’s designed based on Darth Vader’s lightsaber in Star Wars Episode IV and sports exquisite detailing from its original design, while its side button lets you easily activate classic lightsaber sound effects, moreover, a red, removable transparent red cover not only protects the tongs, but also forms a blade for the lightsaber. Apart from that, the barbecue tongs are powered by 2 replaceable batteries instead of supernatural power. 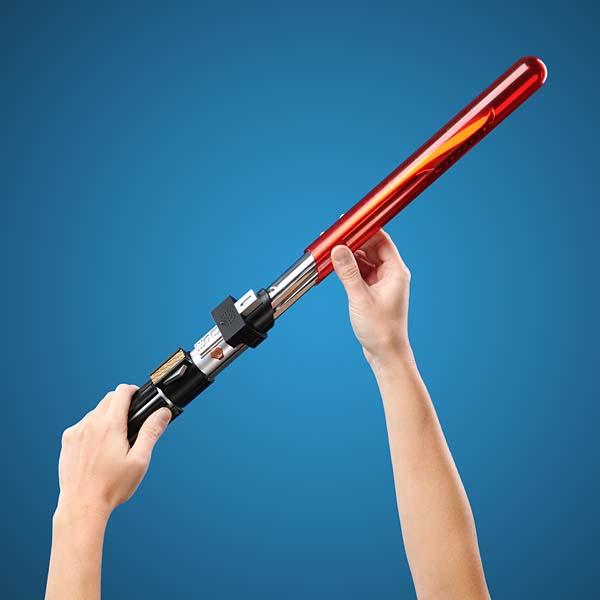 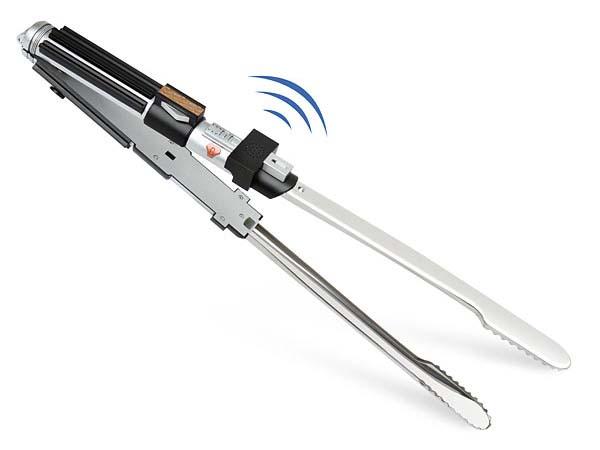 The Star Wars lightsaber BBQ tongs are priced at $34.99 USD. If you like it, jump to ThinkGeek for more details.