X-Wing starfighter, TIE Advanced X1 and Speeder Bike have been shrunk and turned into three flying drones. Now you can drive them by your hands. Cool? Let’s go on for the Star Wars drone series. 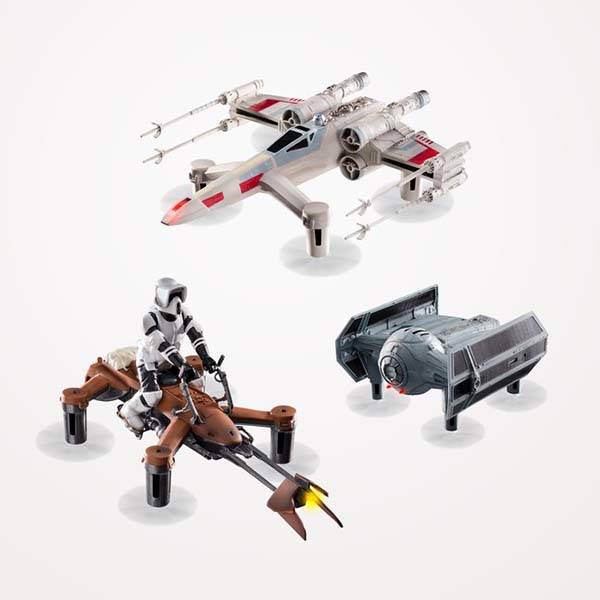 The battle drone series is designed based on two starships and one vehicle from the universe of Star Wars including X-Wing starfighter from Rebel Alliance, Darth Vader’s TIE Advanced X1, and Speeder Bike from Return of the Jedi.

As shown in the images, each quadcopter features accurate contours, iconic details and colors from the original starfighter or vehicle in Star Wars. The Speeder Bike comes with a scout trooper while the X-Wing shows off D2-D2’s dome head. No doubt, the pilot should be Luke Skywalker. Meanwhile, integrated LED lights deliver more vivid detailing to the drones. 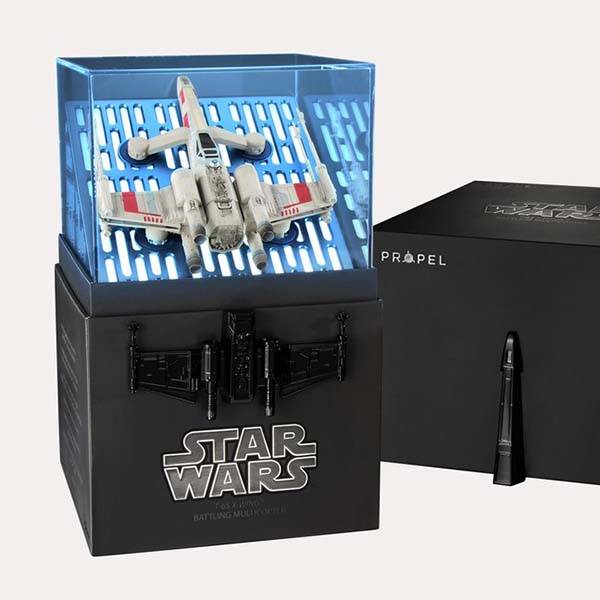 Each Star Wars battle drone comes equipped with a dedicatedly designed reverse propulsion system with four invisible blades in order to create a realistic flight experience. The flying drones are able to accelerate from 0 – 30 mph in 3 seconds and reach speeds up to 35 mph. Each drone has three speed settings that can be switched using an included Rebellion or Empire-themed controller. You even can perform wild 360-degree aerial stunts just at the push of a button.

The flying drones are powered by swappable rechargeable batteries. Each one has a specially designed box embossed with a unique serial number, and the box illuminates and blasts out the Star Wars themed music and play snippets of film dialog with its built-in speaker. 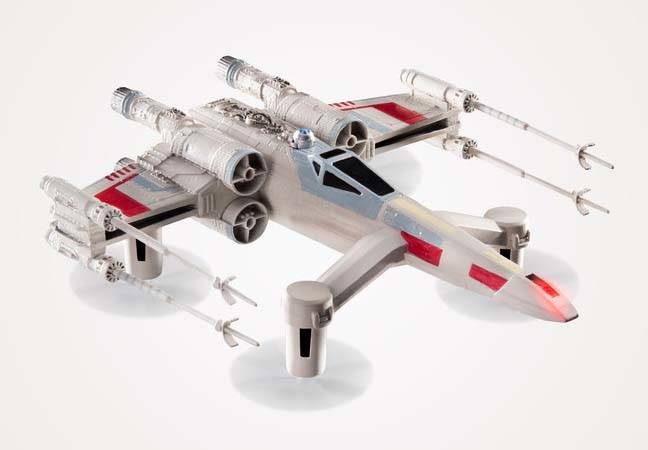 The collectible Star Wars battle flying drone is priced at £229.99 (approx US$281), and all the models have been available for preorder on Firebox online store.