Finalizer, the Resurgent-class Destroyer controlled First Order is twice the length of a Star Destroyer from Galactic Empire, but you may soon dock the starship in your room with the Star Wars Finalizer LEGO Set. 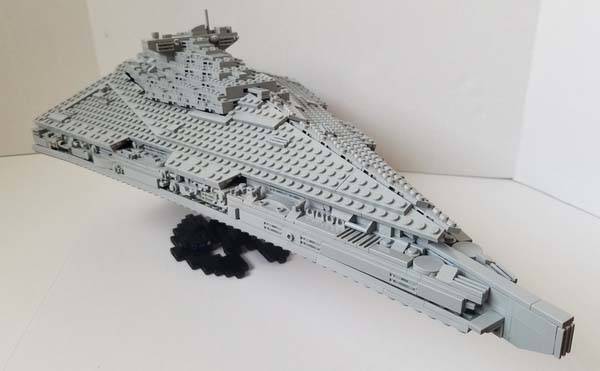 The Star Wars LEGO set is one of pretty cool projects from LEGO Ideas. As we can see from the images, the finished LEGO model delivers a gigantic Finalizer, the powerful Resurgent-class Star Destroyer commanded by General Hux and Kylo Ren in Star Wars: The Force Awakens. The LEGO replica almost recreates all details from the huge flagship on the surface including the classic dagger-like appearance, heavy armored bridge tower, small turrets, three ion engines and more. 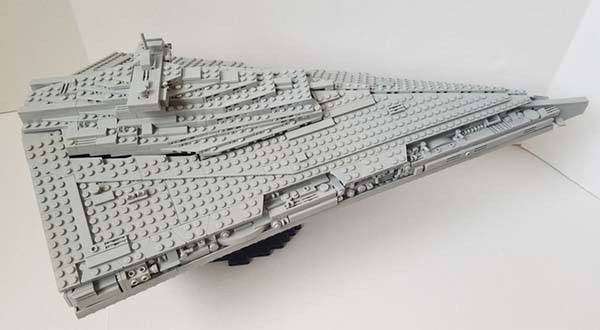 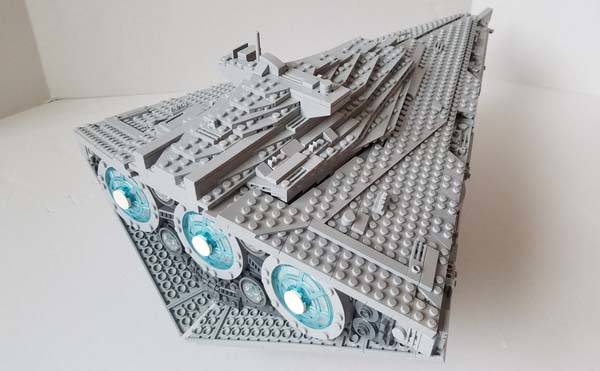 Moreover, the LEGO Finalizer just has one small pilot with 4 seats that accommodates Kylo Ren, General Hux, and other two First Order members for piloting and observation deck in the front. The huge LEGO Finalizer measures 24 inches length by 15 inches wide by 8 inches height. Using an included display stand, you can proudly show the trophy in your showcase. 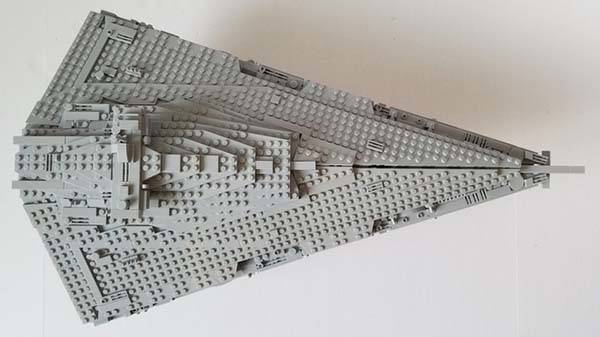 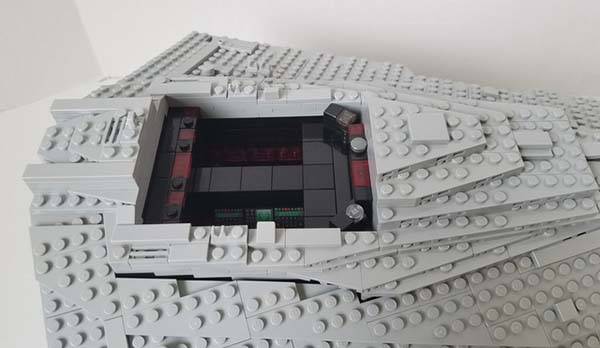 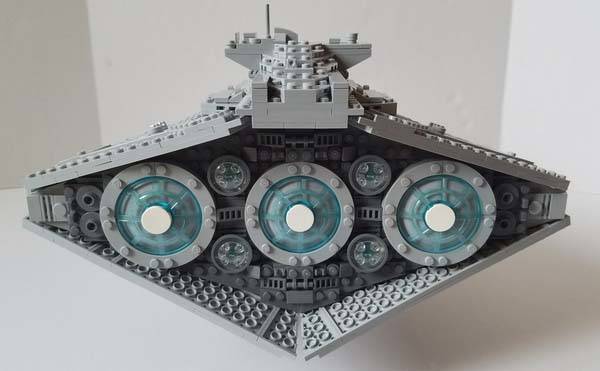