The power of mini Death Star has been limited, so you can use it to make your favorite popcorns. Cool? Let’s go on for the Star Wars Death Star popcorn maker. 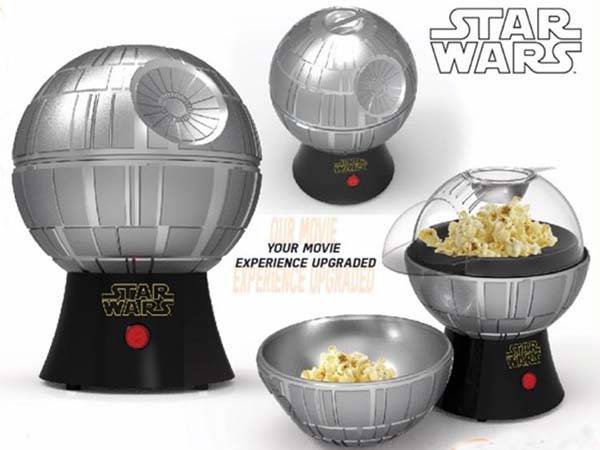 This is an officially licensed and pretty cool popcorn maker inspired by Star Wars. As we can see from the image, the popcorn maker is shaped as Death Star, the most powerful space station from Galactic Empire in the universe of Star Wars, and it features accurate details and charming coating from its original appearance. Of course, the mini Death Star is designed to fit in your kitchen, so its integrated base keeps the ultimate weapon steadily docking on the countertop.

The one-touch design allows you to easily control the Death Star to make your favorite popcorns, and the upper half of the Death Star not only keeps your popcorns in place, but also acts as a popcorn holder which allows you to watch any movie along with delicious Star Wars styled popcorns.