Darth Vader have found a new way to utilize the dark side of the Force. Curious? Let’s keep going for the Star Wars Darth Vader USB car charger with authentic sound and light effects. 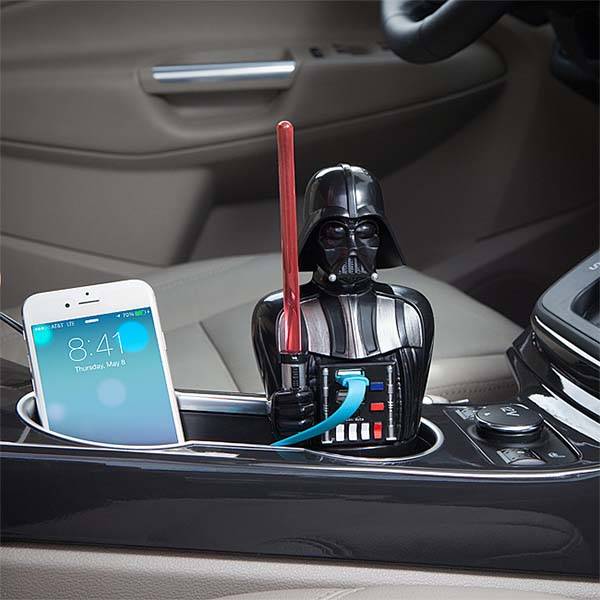 This is an officially licensed and pretty cool USB car charger that measures 7-3/4″ – 9″ tall, 4″ wide and 3-1/2″ deep. As we can see from the images, the car charger is shaped as a Darth Vader bust and it features highly exquisite details and accurate colors from the original armor suit of Darth Vader, while the red lightsaber shows off the power of the Sith Lord in Galactic Empire.

The USB car charger comes equipped with one 1A USB port and one 2.1A USB port, so the Darth Vader is able to charge your smartphone and tablet at the same time, and when plugged in the 12V vehicle power adapter, his Lightsaber lights up along with Vader’s iconic breathing sound effect. Of course, the sound is controllable including mute, low and high. In addition, the base telescopes vertically to fit for deeper cupholders. 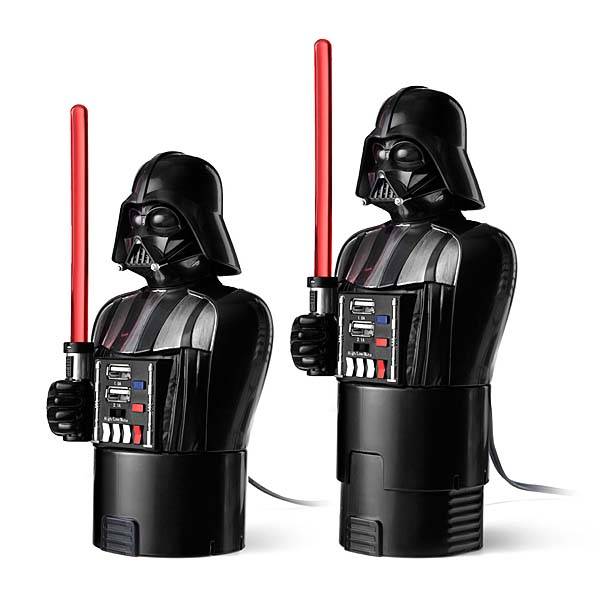