It’s a memorable occasion for me, a Halo warrior has landed at Gadgetsin at first, and in the manner of Xbox 360 mod. 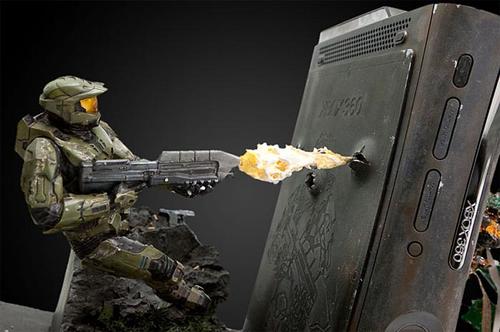 The Halo Xbox 360 mod is designed and created by Richard Taylor, a really great dress designer from WETA Workshop, for celebrating the impressive sales volume over one million Xbox 360 in Australia. Vivid actions and high details lights up the popular Xbox 360. As we can see, a Halo warrior staves the obsolete game console with his powerful assault rifle. You even can see the interior components ejected from the mod.

The limited edition Halo Xbox 360 Elite game console is auctioning on Ebay Australia for a charity called Konsoles for Kids. The current price is $710 AU. You want to bid? Jump to Ebay Australia. 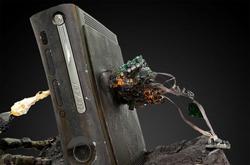 Besides, you also can select more luxury Xbox 360 mods such as Swarovski Crystals Xbox 360 or Golden Xbox 360.