For many people, iPad isn’t the only choice, so we need something to make your tablet PC upright such as folding Griffin Tablet Stand. 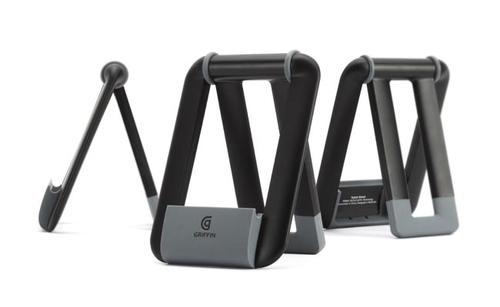 Similar with that 3feet stand, Griffin’s tablet stand is also an universal stand that is compatible with various tablets with a size of 7 to 10-inch such as iPad, Galaxy Tab, and etc. The universal stand features a folding A-frame design in order to steadily hold your precious tablet PC and make the tablet stand easy to carry. Apart from that, the folding stand not only supports both landscape and portrait view modes, but also a wrist-friendly angle for your typing.

The Griffin folding tablet stand is priced at 29.99 USD. If you’re interested, jump to official Griffin site for more details.