The bottle opening robot is called BeerBot. Unlike other bottle opener, the robot lives on the black T-shirt, so we also call it BeerBot Bottle Opening Shirt. 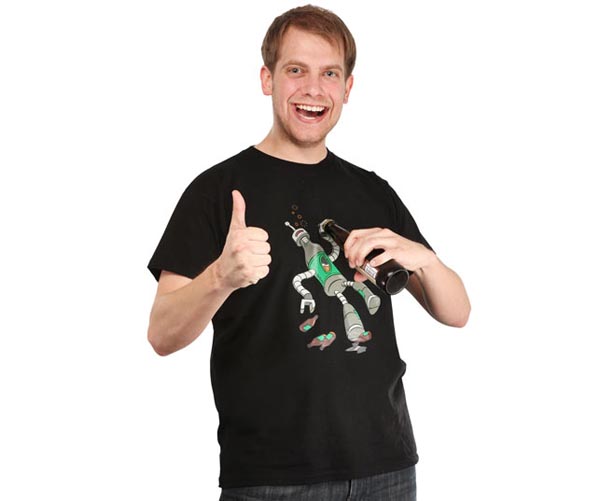 Just we see, this is not only a general robot-shaped plane figure. Actually a bottle opener has been integrated on the octopus tentacle-like hand. Once you wear the BeerBot t-shirt, you can enjoy a bottle of beer at any time. But, don’t ever fell down while wearing the t-shirt, otherwise, the opening thing won’t be the bottle. 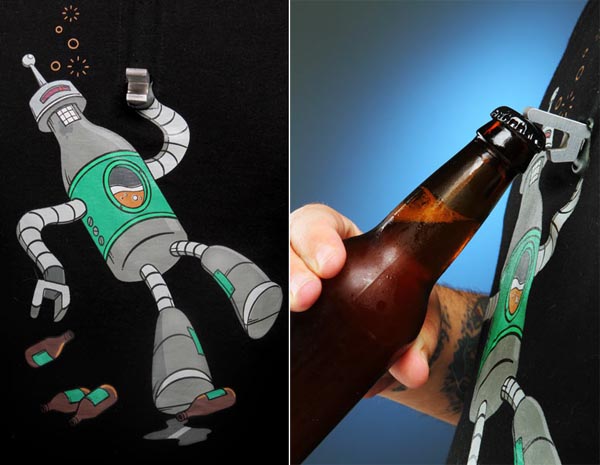 The BeerBot bottle opening t-shirt is priced at $19.99 USD. If you’re interested, the t-shirt is available at ThinkGeek.