Apparently the long drawn-out war between Angry Birds and the Pigs has attracted a great deal of international attention. So they decided to enter into negotiation about an operable peace treaty. 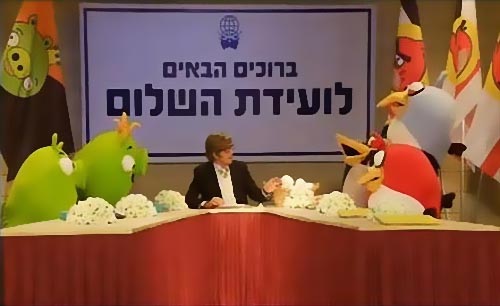 But it seems their negotiation didn’t run smoothly. Some trivialities always spoiled the peaceful negotiation climate like always-eating bird and the hot-tempered red bird that said the wrong thing. Apparently even a framework agreement, it’s very hard to reach. At last, the conference table turned into a battlefield between Angry Birds and the Pigs. Let’s go on checking the funny video themed by the popular iPhone game Angry Birds.