Have you been tired of those formalist chargers, cables and power banks? Then take a look at the ET Series that brings much cute design aesthetics to three USB gadgets.

Four industrial Chinese designers designed the ET Series that contains three concept USB gadgets including ET Baby, ET UFO, and ET Cable. The ET Baby is an adorable portable power bank that looks like a robotic alien wearing a pair of headphones. The “headphones” are actually a charging cable, and it also works as an attachment loop for easy carrying. The “alien” comes equipped with a 6600mAh battery pack for charging your mobile devices, and its 4-LED indicator looks like the alien’s eyes.

The ET UFO is a disc-shaped USB charger. As its name implies, the charger is inspired by alien’s spacecraft, and its soft and flexible exterior allows you to easily access to internal USB ports for charging on the desk. In addition, the ET Cable is inspired by astronaut, but it looks more like a space robot. Using integrated charging cable, you can use it to charge or sync your mobile device. When not in use, the cable can be held by the its “jetpack”, so you can handily attach it on your keychain for portability. After the break, check out the images about the concept USB gadgets or take a look at a few related gadgets such as the Pokeball power bank and more cool stuff by following tags. 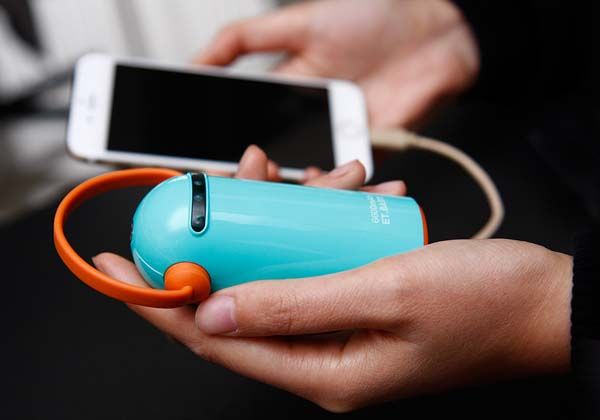