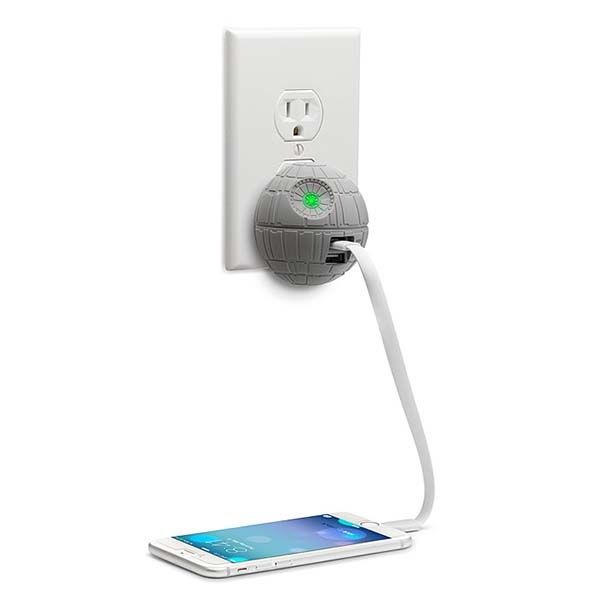 This is an officially licensed and pretty cool USB wall charger themed by Star Wars. The wall charger measures 2-3/4 inches diameter and extends 1-3/4 inches from wall. As we can see from the images, it’s designed based on Death Star, the most powerful ultimate weapon from Galactic Empire. The USB charger only features a half of the spherical spacecraft, but it boasts meticulous detailing from its original look, and when receiving power, the LED light will light up, which makes it look like being activated and ready to beam its super blast.

The USB wall charger comes equipped with two USB ports including 2.1A and 1.0A, so you can use it to charge your smartphone and tablet at the same time. Of course, don’t forget to activate it by plugging it in a wall outlet.